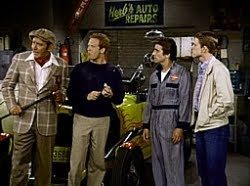 Continuing my non-linear approach to blogging, I want to look back at when I first entered the health system after finding out I was pregnant. I had already taken an over-the-counter pregnancy test, which came back positive. Not really knowing what to do next, but feeling that health professionals should be involved, I made an appointment with my GP. When I say ‘my’ GP, he wasn’t really, just one of the doctors at the local practice, who I hadn’t actually seen before. My husband and I both went along for the appointment, feeling both nervous and excited. That didn’t last long.

My first clue should have been that he was a sports doctor. His wall was papered in images of him attending prone rugby players in a natty shell suit, which dwarfed his practicing certificates. I’m guessing too that his clients didn’t include netball players or other female athletes, as, when I mentioned that I thought I was pregnant, he looked like he didn’t know the meaning of the word. Instead of offering congratulations, he asked what we’d like to do about it. Feeling my good mood start to evaporate somewhat, I said, ‘um, that’s what we’ve come to you to find out about.’ He looked startled, as if he would much rather have had to deal with an injured hamstring or a misplaced metatarsal.

As we looked at him expectantly, he started mumbling about obstetricians, and trying to think of names of golfing buddies who weren’t holidaying in the Caribbean, I presume, that we could see. Feeling confused, we asked whether we had to see an obstetrician or whether we could go with a midwife. Being asked a direct question seemed to at last provoke a semi-coherent response.

‘Oh no,’ he said. ‘Seeing as this is your first pregnancy, and I’m not sure how it’s going to go, you’re really much better off being seen by an obstetrician.‘ Well, seeing as it was my first pregnancy, and I wasn’t really sure how it was going to go either, I wanted to know why he was so dismissive of midwives. Having done a short research project on midwives about fifteen years earlier, I suspected gross institutional sexism and a reversion to the Dickensian Sairey Gamp stereotype. I wasn’t too far off, as he then proceeded to tell me that there had been a few cases in the Wellington region where babies had died under a midwife’s care. He also noted that midwives didn’t even have to be nurses these days, and some had only trained for six months.

I wasn’t exactly sure what the situation was, but felt pretty strongly that this was a load of crap (side-note: it was, as we later found out). At this point, I should also add that maternity care for women in the New Zealand public health system is free. The primary care-givers, known as Lead Maternity Carers (LMCs) are either midwives or GPs who also deliver babies. If we had elected to go with an obstetrician, we would have to pay private fees, running to thousands of dollars.

I could tell my husband was not impressed by the doctor’s answers so far either. Rather than feeling stonewalled like I was, he attempted to get some more information. ‘So what exactly is the difference between an obstetrician and a midwife?’ he asked.

‘Well,’ replied the doctor, speaking slowly as if he were addressing someone who was a bit thick. ‘One is a doctor, who has trained for several years, the other one isn’t.’

Suppressing the urge to say, ‘no shit Sherlock,’ my husband persevered. ‘The course you’re recommending could cost us a lot of money. What’s the benefit of going with an obstetrician as opposed to a midwife?’

The doctor searched around for something to convey the difference. ‘Well, an obstetrician is like a car mechanic ...’ he began.

At this point, I can’t even remember what he said next, as I reeled from the shock of being compared to a car. That’s right, a car. An inanimate piece of machinery. That doesn’t give birth to little cars. To my face. I think we both decided then and there that we were 1) not going to take any advice from him and 2) going to change doctors asap.

Unfortunately, this visit left us floundering somewhat as to what to do next. We didn’t even have a list of midwives in the area that we could ring, much less any idea of whether they were any good or not. This then led to a merry dance over several weeks where we actually tried to get some information to help make this decision. I contacted the Ministry of Health and they supplied their list, which didn’t list every midwife in the area. The Midwifery Council’s list was voluntary and didn’t contain contact details, although it did list qualifications, where they had been provided. In the end, we asked around friends and colleagues who had given birth in the last couple of years, to see if they could recommend someone. In the end, we took a colleague’s recommendation and were cared for by an excellent midwife. While we had a good outcome in the end, it was an unnecessarily protracted and stressful process.

This incoherent state of affairs is dressed up in the language of choice. Women can choose what kind of care they want, where they want to give birth, and which midwife to use as their LMC. It sounds good, doesn’t it? As a middle-class, well-educated professional, however, I found all this choice overwhelming, confusing and scary as the weeks ticked by and I didn’t have a midwife. I wondered how people who didn’t have my advantages managed. I support some choice, especially concerning where and how to give birth, which I do believe should - as far as is possible with such an unpredictable event - be driven by women. But I question the value of such a piecemeal system, where no one place even has the full information about services available in the region. Is using the language of the free market really empowering, or is it, rather, importing its stratification and actually limiting choices for some? I guess it works for those whose GPs aren’t certified idiots, and can point them in the right direction in the first place.