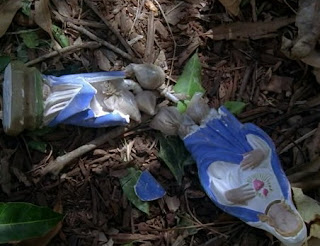 A perfect mother is a dead mother.

Or, at least, so the newspapers would have you believe. After exploring a series of representations of mothers in British newspapers, Aminatta Forna, author of Mother of All Myths, concludes:

Images of mothers are created by popular culture to reflect and sometimes manipulate a set of values about what constitutes exemplary mothering. Behind each individual depiction, good or bad, lies the model of the perfect mother. Private decisions about work, relationships, fertility, and behaviour become public property because women are mothers. The mothers who are the subjects of press stories are judged by that standard, and so are women in the general populace who do not or cannot fulfill society’s expectations of what a mother should be. They are all found guilty. (118)

Inspired, I decided to conduct an impressionistic survey of recent articles on mothers and motherhood on the Stuff and New Zealand Herald websites, to see whether I could trace any similarities. After sifting through more dead bodies than Hercule Poirot, I came up with the following Top Five recurring themes.

(I should add the disclaimer that I’m not focussing on what happened in the following articles - happy or tragic - but what, taken together, they might indicate about the stories we tell ourselves about motherhood. Asking why these stories are so popular and so often repeated, gives a sense of the core values that a mother must possess if she is to measure up to the perfect mother ideal.)

1. Dead or dying mothers are newspaper gold: without a troublesome, contrary, living woman around to disrupt the narrative, dead mothers can be idealised and sentimentalised as perfect. This seems to recur time and time again. Whether it’s a dying mother spending her last few days compiling keepsakes for her child, or a mother who is the victim of a tragic accident or a mother who dies with her child in her arms, trying in vain to protect him or her or even a mother who gives up her life for her baby.

Dead mothers are apparently the only ones able to achieve that elusive goal of perfection. Forna comments:

The core mothering value that these stories collectively reproduce (no pun intended) and reinforce is that of selflessness. The perfect mother always thinks of others before herself. Her hopes, dreams, wants, needs, and fears, do not warrant attention until she has not only taken care of her child, but also her partner, her family, friends and community. And by then she is probably so exhausted that she’s forgotten what they were.

If a dead mother is perfect, an unnatural mother is a warning. Sometimes spelled out, sometimes just heavily implied, is the moral: if you loved your children enough, you would not take drugs, you would not get stressed and lash out, and you would not resort to social media in a panic after a fatal accident. The moral applies to all mothers though, acting as a warning against their more negative impulses. If you love your children enough you will not want release from them from time to time (whether through drugs or catching a movie), you will not lose your temper ever, nor get stressed and feel overwhelmed, you will not panic or feel like you don’t know what to do ... much less admit it. Because if you lapse for one single moment, you might end up as the example held up to others in the newspapers.

3. A mother’s anguish is number three with a bullet, sometimes literally. This includes grieving over a dead or dying child or a missing child. It can also encompass rage at society giving children too much information too soon, which is usually to do with sex and family planning. Occasionally, there is the odd good news story to leaven the heartache, particularly in the case of missing children.

The anguished mother is a variation on the theme of the dead or dying mother. Not yet perfect because she is still drawing breath, nevertheless, she is utterly consumed by her child’s wellbeing. Unable to eat, sleep, or get on with her ‘normal’ life while she is grieving or awaiting news, any news, her child is her top priority. She can, however, quickly fall into the ‘unnatural’ mother category if she is seen to get over her grief too quickly, or does something that might interfere with her constant vigil.

4. Everyday mothers are not immune either: stories about the ways in which mothers mess up their children by basically just living their lives also feature heavily. Working is usually the top crime (if you are middle class, at least), followed by eating and drinking. If you are poor or working class, not working is the biggest crime (thank you Paula Bennett).

As a mother, working is, of course, incompatible with being truly selfless. Nothing is as fulfilling as raising a child, not a promotion, an award, nor an independent income. And don’t try to kid yourself that you can have the best of both worlds. You will only fail at both.

If you want to stay home, but you are a single mother on a benefit, however, you are not fulfilling the perfect mother ideal. You are just a bludger and should search for a minimum wage job at once. This is the only way to teach your children not to grow up to be bludgers, and is therefore more selfless than staying at home with them and passing on your own bad habits.

5. Last, but not least, is stories about celebrity mothers, both lauding them and questioning how much value they have as role models. Even celebrities can’t be perfect mothers, though, as they are only going through the motions with the aid of lots of money and an army of nannies. And who knows what special celebrity ways they might have to mess up their kids, given their unusual approaches to motherhood, whether artistically or financially motivated?

There will be articles that don’t fit these themes of course, but the overwhelming majority that I found could broadly be categorised according to my Top Five, with dead mothers well and truly coming out on top. It certainly gave me a bit of a chill to see how obsessed newspapers seem to be with this theme. And what the stakes of playing the perfection game might be.

Me? I’d rather have a life than be perfect.