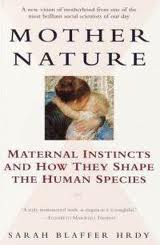 I was prompted to read this book after wondering about a gut reaction I had had to a picture of a dog suckling a cat posted on a breastfeeding support website. The picture made me uncomfortable. Well, not so much the picture itself, as the context in which it appeared, particularly as it was posted shortly after a woman’s story of how she found comfort and connection in her role as a newly-nursing mother by watching the nursing chimpanzees at the zoo. ‘I am not an animal,’ I raged to myself. ‘I am not a chimpanzee or a dog or a cat.’

Now, of course, the latter might be true, but the former is not. I am an animal of the species called homo sapiens. But I am also aware - given my human facility for reasoning, empathy, and symbolic language - that ‘animalising’ other humans - that is, seeing them as somehow less than human - is a means by which gross atrocities such as colonialism, slavery, and genocide have been committed. The basic concept that all homo sapiens are human underpinned the development of the Universal Declaration of Human Rights after the end of the second world war.

And, as Hillary Clinton powerfully said in 1995, ‘women’s rights are human rights’. Seeing women as not quite human, then, can potentially lead to the denial of human rights, including basic rights to life, liberty, security of the person and self-determination. This has been appallingly demonstrated recently in the case of Savita Halappanavar, a woman who this year died of blood-poisoning after doctors refused to uphold her right to life over that of the slowly dying fetus within her. With a gruesome irony, the fetus was female.

Now, de-humanising women is by no means what either the new mother or the breastfeeding support people were advocating. Rather, they were emphasising the no-less political point that breastfeeding is a normal biological function that human females share with other mammals. As such, it should be respected, celebrated and normalised, both on the level of societal comfort and societal support (e.g. statutory parental leave, paid breastfeeding breaks). I support that position and have little argument with it.

I couldn’t silence my gut feeling that something did not quite sit right with me about the comparison. Perhaps it was being likened to a ‘dairy cow’ when I was breastfeeding myself. Perhaps it was something more.

Elsewhere, during the course of my reading, I had come across several references to primatologist, anthropologist and sociobiologist Sarah Blaffer Hrdy’s book Mother Nature: Maternal Instincts and the Shaping of the Species (2000 - interestingly, I have come across several different subtitles for this book!). Perhaps this book would help me find some answers.

French philosopher Elisabeth Badinter - whose early work Hrdy admires - criticises Mother Nature for its perpetuation of the ideology of ‘naturalism’, which has ‘as its core a belief that the world is governed by natural principles‘ (The Conflict, pp 29-30). Despite Hrdy’s nuanced approach and her demonstration of social, political, cultural and historical maternal diversity, Badinter contends that Hrdy refuses to let go a belief in innate instinct. In response to Hrdy’s discussion of lactation as the crucial ingredient in mother-infant attachment, the source of so-called maternal instincts, Badinter asks ‘if breastfeeding is the trigger for maternal attachment, what of those who have never breastfed, as is the case with millions of mothers. Do they love their children any less than those who breastfeed?’ (The Conflict, p 53). Hrdy does, in fact, address this later in her book when she categorically dismisses the idea of the critical bonding period immediately post-birth: ‘Children can be adopted days after birth and loved just as intensely, as ferociously, as those babies whose bodies passed through their mother’s birth canal and then pressed against her right after birth (p 538).’

Hrdy ... has argued ... in ... “Mother Nature” (the chief argument of which is badly misrepresented in “The Conflict”), that a life combining both nurturing and providing for family is not only the most satisfying, but also the most traditionally natural for mothers. Hrdy’s research teaches that the split, or conflict, between a woman’s nurturing maternal role and her out-in-the-world, family-­provider role is a false one that flies in the face of the mothering practices of our primate ancestors, and that has been greatly aggravated by the work patterns of the modern industrialized world.
Having ploughed through the 540 pages of Hrdy’s book I’m not so sure that Badinter does mis-represent her argument. Warner’s account might be what Hrdy gestures at throughout but nowhere does she put it as baldly as this, partly, I suspect, because it would not be ‘good science’ to be so overtly political. What she does say is that field research shows that animal and human mothers continually make ‘trade-offs between quantity and quality, managing reproductive effort in line with their own life stage, condition and current circumstances’ (p 350). The care of allomothers (‘other than mothers’, including the father) is particularly critical to reproductive success. Mothering in nature, then is diverse, highly dependent on circumstance and support, and subject to threat from male attempts to control female fertility. Badinter is concerned less with Hrdy’s depiction of biological diversity, than with the political ideology to which it is in service (whether consciously or not). Given its breadth, I think Hrdy’s book supports both Badinter’s and Warner’s account of it.
I found much that was of interest in this book - e.g. its accounts of infanticide in different primate and human societies (pp 288-318) and the reasons why it is sometimes considered to be in both a mother’s and a community’s best interests (this was particularly interesting in light of debates about late-stage abortion) - and I think her point is well made that feminist critiques of sociobiology often critique the field as it was not as it is (p 535). Her own research and that of others shows that in nature, mothers of many species are not ‘all-sacrificing’ and passive, but ‘multi-faceted ... flexible actors whose responses were contingent on circumstances’, who sought varied ‘maternal alternatives to caring for their own infants’ (p 535). Here the science finds a ready audience in feminists and, you would think, anyone with half a brain.

Despite this, parts of this book really challenged me, much like that initial picture. At first, I checked myself: as a non-scientist, and indeed, a ‘cultural critic’ was I guilty of knee-jerk disciplinary bias? Perhaps. I will certainly concede that I don’t have the disciplinary knowledge to challenge the science of what Hrdy writes about. I do, however, have the ability to critique and challenge the cultural meanings that she makes from that science (i.e. the recordings made of the observable habits and practices of animal and human societies). There were two particular things that played on my mind as I read the book: a lack of an overt awareness of the wider cultural and political context of her work, and a lack of any overt self-reflexivity about it.

Taking my first point, Hrdy nowhere acknowledges the legacy of social Darwinism and scientific racism nor the reasons why feminists or other cultural critics might have distanced themselves from it. What is now discredited as ‘scientific racism’, for example, categorised humans in stages of modernity, likening those at the bottom to ‘less-evolved’ apes and using dubious scientific experiments to support their theories. To be clear, I’m not accusing Hrdy of doing this, but the lack of acknowledgement of this legacy while drawing on primate societies and contemporary hunter-gatherer societies to draw conclusions for her audience (primarily Western and middle class) is astonishing.

In that context, consider this sentence from the end of the book: ‘Over the next twenty years, Pat Draper ... studied the transition of the !Kung from a nomadic Pleistocene lifestyle to settled living amongst other African villagers’ (p 520, my emphasis). What is extraordinary about this statement, is not that contemporary !Kung people have adapted the way they live to changes in their environment, but that their previous life is described as ‘Pleistocene.’ ‘Pleistocene’ is the name given to the geological epoch which lasted from about 2,588,000 to 11,700 years ago. Its use as an adjective to describe a contemporary human society suggests traces of the legacy of scientific racism still remain. The woman who studies them, by contrast, is named and individualised. Furthermore, the transition to a lifestyle that might be considered ‘settled’ from a Western point of view, may well be profoundly ‘unsettling’ from the point of view of the !Kung. This is, however, difficult to gauge without hearing their testimony, of which is there is little in the book.

My second point, closely related to the first, concerns the little overt acknowledgement of the power-relations between anthropological field workers and the ‘objects’ of their study. This was particularly disturbing to me when she cited, without any context, examples from work on the Yanamomo people of the Amazon basin to support her argument. I say ‘on’ quite deliberately. A couple of years ago, I saw the excellent but disturbing documentary Secrets of the Tribe (2010) which explored the devastating effects a handful of anthropologists had had on the Yanamomi people. Some of these effects included sexual abuse and the (knowing) spread  of epidemic diseases.

I can only conclude that, like me, this book is confused. I wondered about the other book - glimpsed in personal examples offered periodically throughout - that Hrdy didn’t write. The one that began with her own experience of being both a scientist and a mother, the trade-offs she had had to make. She mentions at one point that a respected male mentor challenged her decision to continue working once she had children on the grounds that research in their field had shown that this was not good for child development. Surely, this is the place to start a book intended for a general audience? It could then have moved back and forth between developments in scientific research, how it is given meaning culturally, historically, and politically, and what that might mean for the lives of real women. Perhaps Hrdy’s belief in ‘dispassionate analysis’ (p 349) does not sit so well with the cultural idea that the personal is political.

Did Hrdy’s book help explain my profoundly un-scientific reaction to the nursing dog and cat? Not really. Writing this review, however, and trying to find the words to describe my disquiet has. In trying to figure out what bugged me, I’ve come to this conclusion: I may be an animal, but I refuse to be animalised - whether positively or negatively - if it in any way means being defined as less than human, as an object who is acted upon rather than a subject who acts.