On failing to become a Pregnant Superwoman 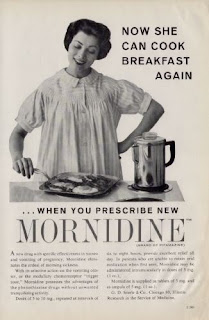 About a month ago, when I was still feeling quite sick in the first trimester of my current pregnancy, I was walking towards the bus station around the time that school got out. It was the last day of term and there were hordes of over-excited teenagers streaming past me in the opposite direction. None of them paid me the slightest bit of attention, preoccupied as they were with their own lives.

Walking past them, however, I suddenly felt extremely self-conscious. Covering my-not-quite-showing-yet tummy with my arm, I felt menaced, exposed and vulnerable. At the same time telling myself that I was being silly in the extreme, I felt like any moment one of these teenagers in their youthful high spirits might inadvertently cause me - or, more specifically, my less-than-12-week foetus - some harm.

No doubt some of my (imagined) fear was due to my physically weakened state: at the time, I was only managing to keep down perhaps one small meal a day and some crackers. I find a full tummy does wonders for one’s sense of perspective. But perhaps my reaction went deeper: perhaps I was having some kind of primal maternal reaction to perceived external threat.

My experience of threat that day got me thinking about how women negotiate their increased physical vulnerability during pregnancy - whether through sickness, increased girth, or any of its other fun physical changes. While I agree that ‘pregnancy is a state of health’, I can’t help but appreciate some of the special assistance I have received while pregnant, particularly flexible work hours negotiated with my managers so I could work around the worst parts of my morning sickness. The acknowledgement that I was neither a Pregnant Superwoman nor a slacker not only helped me continue to work effectively during that first trimester, but also helped my psychological well-being (i.e. it didn’t totally stress me out).

I also remembered how much it drove me up the wall the number of times I had to stand on the bus home from work while eight and nine months pregnant - very tired and swollen - last time round. On one particular ride, the only two people standing on the bus nearly the whole way home were myself at eight months' pregnant, and another woman who was clearly in a similar condition. Not one person offered either of us a seat (check out this pregnant woman’s graphic survey of the how often she was offered a seat on the subway). Noticeably, the seats designated for vulnerable people only specified that they should be given up for elderly and disabled people. Occasionally, they specify parents with small children - ones who are presumably managing buggies and other paraphenalia as well as children. I realised that it’s been a long time since I saw these seats designated for pregnant women as well.

There may be a perfectly good reason behind this ‘oversight’: namely, the establishment of a legal - and, to some extent, social - framework that discourages discrimination towards pregnant women. Gone are the days when pregnant women were forced to leave the work-place, or were routinely subject to patronising attempts to get them to rest at all times because they shouldn’t be attempting anything too strenuous in ‘their delicate condition.’

This is not by any means to suggest that women do not still experience discrimination while pregnant. The very useful Employers’ Guidelines for the Prevention of Pregnancy Discrimination states clearly that pregnancy discrimination as a form of sex discrimination, and that ‘it may be unlawful for an employer to discriminate against an employee or a job applicant because she is pregnant or because it is assumed she may become pregnant’ (p 3).

While recognising that pregnant women shouldn’t be treated negatively because they are pregnant, however, the guidelines also recognise that there may be health and safety concerns connected with a woman’s pregnancy at work. These could relate, for example, to heavy lifting and handling, exposure to radiation or certain chemicals or a risk of infection. Early risk assessments are recommended to identify ways to mitigate these concerns. Any steps taken to do so - such as a temporary transfer to another kind of role within the same organisation - should not have a negative impact on a woman's pay, benefits or other work opportunities.

I was and am very clear that I don’t want to be discriminated against because I am pregnant: I did not lose any of my faculties along with my lunch during that first trimester.

My perception of my own physical vulnerability - whether walking through a crowd of excitable teenagers or feeling my ankles swell even more while standing on the bus home - made me want to demand special treatment: ‘look out world, pregnant woman in the area’!

Was I guilty of failing the Pregnant Superwoman test?  Was admitting vulnerability somehow un-feminist?

In her fascinating book Origins: How the Nine Months Before Birth Shape the Rest of Our Lives (2010), science writer Annie Murphy Paul grapples with similar feelings. Pregnant while she wrote the book, which examines the insights of fetal origins research, Paul talks about experiencing ‘a new and acute sense of vulnerability.’ I felt an uncanny jolt of recognition as I read the following description:

Hurrying down Seventh Avenue toward the subway, crowds streaming past, I realize that I am scanning the faces of the strangers who walk by, and that I’ve put a protective arm across my belly, at three months just beginning to swell. Being pregnant has made me vigilant, on guard for threat; I feel alert and instinctive as an animal, ears perked and nose twitching. (Origins, p 41)

Paul speaks to researchers who confirm her sense that her instinctive protectiveness might indeed be an evolved behaviour with which pregnant women compensate for their decreased immunological response (Origins, pp 41-3).

Like me, however, Paul seems to be a little reluctant to fully sign up to research insights that could be used to politically roll back decades of hard-won feminist gains. After outlining the legal battles against pregnancy discrimination in the US, Paul concludes:

I know I don’t want Supreme Court justices, or even psychologists and public health experts to tell me how hard I should be working while pregnant. I have no desire to return to the stifling prohibitions of the Victorian age, or the paternalistic protections of the Progressive Era. And yet it seems to me that, in our own time, pregnancy comes with a set of expectations that is oppressive in its own way. Women today are given to understand that pregnancy should not slow them down in the slightest; at the same time they’re barraged with warnings that too much stress could harm their fetuses. … That’s a lot of cultural baggage to bear, at a time when women have enough additional weight to carry. I find myself daydreaming about a pregnancy free of these burdens, concerned only with the optimal experience of woman and fetus.   (Origins, pp 69-70)

She briefly examines the work culture of the US, and looks to other countries where women are not only paid for parental leave but also for ante-natal leave. Wanting to debunk what she calls the ‘Pregnant Superwoman’ myth, Paul aims to take it easier on herself throughout the rest of her pregnancy: she signs up for a yoga class and has a mid-afternoon nap on the sofa instead of rushing to the computer while her son is asleep.

I think, however, that she is a little to quick to attribute the ‘Pregnant Superwoman’ myth solely to feminism, as, for example, when she says:

My guess is that the Pregnant Superwoman got her start when women entered the workplace in large numbers in the 1960s and 1970s. Getting ahead proved that nothing about being female -including the inconvenient tendency to get pregnant - would interfere with one’s performance or one’s commitment to the job. (Origins, p 59)

A historian might’ve pointed out to her, however, that in this time period many of the women entering the workforce were already mothers, ones who had their children at a very young age (often in their early 20s) and were looking to find fulfillment outside the home once their children were at school.

As Susan Douglas and Meredith Michaels have argued, the myth of the Superwoman in general is a media construction, rather than a feminist one:

The supermom - a media construction - was not what feminists had hoped for as a model. Feminists didn’t think mom should suddenly do everything - work outside the home, and clean the house and care for the children and make gourmet meals. Feminists thought maybe dad and the government should participate too. But we got the media’s version of the feminist ‘have it all’ mom anyway. Then when it turned out that real women could not and would not actually be supermom, the supermom was discredited as something we had allegedly aspired to but couldn’t achieve, and thus we were supposed to go back to the kitchen. (The Mommy Wars, p 206)

My guess is that ‘Pregnant Superwoman’ is probably cut from the same cloth. Thinking some more about my altered - and temporary - state, I realise that vulnerability is not the same as weakness. Recognising that different people have different limits - whether at different stages in their lives, or throughout their lives - means that societies need to re-organise themselves to accommodate and realise the potential of all their members. Flexible working practices and parental leave are just some examples of the ways in which treating pregnant women equally means treating them differently.