to sleep, perchance to dream 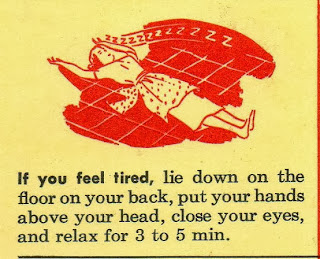 ‘Twas the week before Christmas and all through the house / Not a baby was stirring nor even a mouse’
Aaaah.. they’re all asleep: baby, three-year old ... husband. It’s mid-afternoon on a mellow Sunday and I’m the only one conscious. Well, semi-conscious, at least. There’s still a patina of tiredness over my days, but it’s - mercifully - starting to recede as the baby starts to sleep longer at night, and get a little more predictable during the day (touch wood). As with the last time I had a young baby, I have become obsessed with sleep - who’s getting it, when they’re having it, how long it is, was it interrupted - the way others might be with celebrity affairs.
45-minute sleep cycles, 20 minutes of REM sleep, sleep breeds sleep, rocking, driving, walking up and down, even  - confession time - feeding to sleep.
We remind ourselves that sleep deprivation is a form of torture. Ruefully, we agree that is, but try to grin and bear it. We try to sleep while the baby sleeps, but that often doesn't happen with a pre-schooler about.
I’m amazed by how wonderful I can feel with a decent night’s of sleep, how wretched with a broken night. On those latter nights, I wonder how humanity managed to survive so long. Lucky babies are cute, I guess.  It also makes me wonder about the role of sleep in the lives of those who shape history. Margaret Thatcher famously slept only four hours a night, opining 'sleep is for wimps'. I wonder if she would’ve been less of a ruthless warmonger if she’d got her head down for another two-three hours a night?
Sleep can even be considered a feminist issue. In 2010 Arianna Huffington and Cindi Lieve spearheaded a sleep challenge to raise awareness among women about the effects of sleep deprivation. They commented:
Americans are increasingly sleep-deprived, and the sleepiest people are, you guessed it, women. Single working women and working moms with young kids are especially drowsy: They tend to clock in an hour and a half shy of the roughly 7.5-hour minimum the human body needs to function happily and healthfully. The negative effects of chronic sleep deprivation are well-documented, but that doesn’t inspire enough people to prioritize rest, and women often end up in a vicious cycle (sic) of sacrificing sleep in order to do extra work and make sure their domestic duties are fulfilled, causing all of the above to suffer.
Reporting their comments, Kate Harding at Salon similarly compares the faux-heroics involved in dieting and in depriving oneself of sleep: ‘it’s strikingly similar to how we talk about sleep — functioning on five or six hours’ worth is seen as a heroic accomplishment, while getting a full eight hours on the weekend is regarded as indulgent (“Sleep is for the weak!”)’. Harding calls ‘bullsh*t’ on both puritannical atttitudes, putting them down to the need for ‘cultural approval’ or ‘reward[ing] those who endure the deprivation of biological necessities, regardless of any toll it takes’.
There have even been recent studies recently which show that poor sleeping or sleep deprivation can affect women more strongly than men. A Duke University study showed that poor sleep affected women’s mental health more than men’s (charmingly reported by the Telegraph as women being ‘grumpier’ than men). Another Canadian study showed that men sleep better than women, including falling asleep more quickly and being able to fall back to sleep once woken. I’m a little bit skeptical about some of these findings: how do you account for diverse social and economic factors, and family statuses in this research? Is the reason for women’s worse sleep experiences down to nature (hormones, circadian rhythms, breastfeeding) or culture (anxiety, motherhood, making ends meet)?
Of course, there’s a difference between ‘choosing’ to deprive yourself of sleep in order to fit in all of life’s demands and being woken by a hungry baby in the middle of the night. But the impact on one’s mental and physical health is the same. And it can create a vicious circle: once you know you can ‘soldier on’ with less sleep than you need, how much of a pattern does it set for managing multiple demands on your time later on? The fact that I’m sitting here meditating on sleep rather than, say, trying to actually get some, is more than a little ironic in this context.
A couple of years ago, someone said to me that once you become a parent you’ll never have another good night’s sleep again. I thought they were either nuts or just plain mean-spirited (I was not sleeping well at the time), but since my first child was born I’ve never been able to sleep my previous personal norm of eight hours a night - even after she started routinely sleeping through the night. The best I’ve been able to manage is seven and a half hours (which is perfectly fine and healthy - I’m not complaining about that at all. In fact, at the moment, I’d definitely take it!)
Needless to say, all I want for Christmas is a good night's sleep. Or several reliable nights from here on in, actually.
As Huffington and Lieveve comment, getting a good night's sleep is especially important for women: ‘we’ve already broken glass ceilings in Congress, space travel, sports, business and the media — just imagine what we can do when we’re fully awake’.