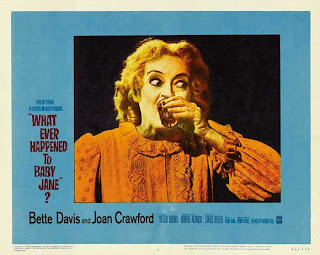 I was with a group of mothers recently and the subject of birth stories came up.

Not in the compulsive way it did in the early weeks after giving birth, when it felt like you had to talk about what had happened in order to process what a profoundly transformative - and, in some cases, traumatic - experience it was. For me, at least, that need has been well and truly met and I no longer feel like it is the first thing I have to know about another mother. Rather, it came up in the context of what some members of the group didn’t really want to talk about. Killing the moment to share a very personal experience and develop some sense of solidarity before it even began, one of the mothers said, ‘Oh no, not birth stories, they’re always so overly-dramatic.’

Another agreed, ‘Yeah, it’s like everyone always tries to outdo each other. Their experience is always worse than anyone else’s.’

In what was, perhaps, a gentle reproof, someone else pointed out that women might dramatise this experience because for many it is the most dramatic thing that has ever happened to them.

The moment passed as we agreed - or failed to disagree - not to share.

I couldn’t help but feel, however, that an opportunity had been missed. In some respects, birth stories are a female equivalent of war stories, and who would dare suggest to a returned serviceperson that the heat of battle is not dramatic? Having said that, I am also aware that the two women who were dismissive of birth stories were also newly pregnant for the second time, and may not have wanted to be reminded about what could potentially lay in wait for them in a few months’ time. There’s no denying that a bit of denial can sometimes get you through.

I’m aware that I’ve skirted around my own birth experience in my blog thus far. But with this criticism in mind, now is perhaps the moment. I will try to be as un-dramatic as possible, lest anyone feel that I am starting ‘BirthWars: an online competition to decide who is the toughest mother out there!’

It all began benignly enough on a sunny Tuesday afternoon.

I was a week ‘overdue’. During my midwife’s visit that morning we had discussed options for induction, including whether or not to induce or let nature take its course. As she got up to leave, I felt an unusual heavy sensation in my lower abdomen. I told her and she smiled and said ‘Oh good’.

I was starting to get seriously bored waiting around for the baby to put in an appearance. I had even started a 1000-piece puzzle of a Worcestershire half-timbered cottage to help pass the time. After my midwife had left, I returned to the puzzle and was congratulating myself on having got all the edge pieces in place, when, at about 2pm, I felt something give. Wondering what it was, I went to the bathroom, in what I can only say was the nick of time. Within seconds of getting there, there was a positively diluvian outpouring that went absolutely everywhere. ‘Guess I won’t be finishing the puzzle, then,’ I thought to myself as I started mopping it up.

Feeling excited and more than a little damp, I phoned my midwife and told her the news. ‘Oh good,’ she said, and instructed me to call her again when the contractions became stronger and more regular. I then phoned my husband, who was also excited and jumped in a taxi to come straight home.

‘That was one!’ I cried, trying to feel like the ripple of discomfort I had just experienced was actually starting to test me. ‘How long has that been since the last one?’

‘Oh,’ I said, disappointed. It wasn’t going to be one of those quick labours, then.

The afternoon passed fairly uneventfully. We made sure my bag was packed and got out the combs, hot water bottle and swiss ball. And, anti-climatically, nothing much happened. It was almost Beckettian.

By bedtime, the contractions were a little stronger - like moderate periods pains - but still not particularly unbearable. By 2am, they were getting stronger and reasonably regular, although their regularity was probably at least as much a product of my wanting them to be regular than their actual intensity. My husband kept dozing off in the middle of doing acupressure on my lower back. I kept having to prod him awake, but, to be honest, felt that I could handle this level of pain by myself. ‘Hmmm, maybe this labour thing is not so bad after all,’ I thought to myself sleepily. As the pain from the contractions marginally increased, I turned over in bed to try and get more comfortable.

And then they stopped all together.

Disappointed, I too must’ve nodded off, because next thing I knew it was 6am.

Wondering what on earth was going on, I called my midwife. Almost accusingly, she told me that she had been up most of the night watching trashy late night TV, ready at a moment’s notice to make a dash to the hospital. ‘Sorry,’ I apologised. ‘I just didn’t want to wake you up, when nothing much was happening.’

She then asked me if I’d like to go the hospital.

‘Yes,’ I said, with relief, thinking that once we got there, something had to happen.

Wrapped in a towel in case there were any more leaks, me, my husband and the hospital bag arrived at the hospital. I think even the taxi driver was disappointed that it wasn’t an adrenalin-packed race to get there.

On arrival, we sat in the waiting room, while someone cleaned up one of the birthing rooms for us. Sipping my tea, I had visions of blood-soaked walls, and had to remind myself that I was actually in labour.

My midwife explained to me that eighteen hours was as long as the hospital was comfortable letting labour continue once a woman’s waters had broken, in case of infection. By 9am that morning, I had nearly met the deadline at only one centimetre dilated. I had barely even broken a sweat. It was time to induce.

I was hooked up to a syntocinon drip, which stimulates contractions, and my midwife increased the doses at 15-minute intervals. ‘This is not so bad’, I thought, propped up on my pillows. When the dosage hit maximum, however, I was definitely starting to feel it. ‘Now!’ I cried to my husband when the frequent and strong contractions came so he could get his thumbs into position. For a while, I managed to cope with the now-quite-decided pain with acupressure and determination. When an exam by the registrar found that I was still only one centimetre dilated I burst into tears, not from the pain so much, but from the frustration. All that work and I was getting nowhere.

My midwife started making cryptic remarks that I interpreted to mean she thought I needed to soldier on. Still in the grip of profound contractions, I looked at her like she was insane. She then said that she’d leave my husband and I alone to discuss it. Once she’d left the room, he told me that she had in fact meant that I should have an epidural. ‘Oh,’ I said, feeling like a dunce. ‘OK.’

Feeling relieved that I didn’t have to tough it out, the anaesthetist and a range of other bods that I can’t really remember came in to sort out the epidural. ‘Oh’, she said, trying to insert the gigantic needle between my vertebra, ‘that’s odd.‘ For the record, these are words that you don’t want to hear when you’re in this kind of situation. This was quickly followed by ‘the needle doesn’t seem to go in very far’, which is number two on my list of things you don’t want to hear in this kind of situation. After some back and forth, she decided that the answer was that I simply must have the spinal column of a young east Asian woman (really) and that was that. With all this carry-on, I was thinking to myself that it would be just my luck that the epidural wouldn’t work, and I’d have to tough it out anyway.

Fortunately, I was wrong (again) and the drugs did work. Within half an hour or so, the contractions subsided to a dull roar. I spent the rest of the afternoon and evening, relaxing in my pillows eating sandwiches and listening to jazz. Labour? Ha!

About dinner-time, when my midwife said that I shouldn’t eat any more food, the registrar announced that I was now ten centimetres dilated, and that the baby would probably be born that night. They’d be taking bets on the side for early the next morning, but, with a bit of luck and a following wind, she’d be there by midnight.

Enough of this lounging around like I was on holiday: it was now time to push. My midwife reduced the amount of drugs going in, so I could feel enough to push. Bracing myself against her and husband, a foot on each hip, I bore down with all the strength I could muster. After a few pushes, my midwife said she had seen the baby’s head - the so-called ‘miwife’s peep’ - and my feelings of excitement returned. Not long now. Or so I thought at the time.

An hour and a half of pushing later, my baby was still proving elusive.

From what I understand - and my recollection of some of these events is becoming hazy - she stopped moving and her heart-rate became erratic. The registrars - all of whom looked about 12 - trooped back in: it was time to bring in the heavy artillery. Forceps, with the possibility of an emergency casearean if they didn’t work.

An episiotomy incision was duly made. The tongs were produced.

I pushed. The registrar pulled.

And then there was a baby.

Feeling profoundly shocked and violated beyond my capacity to describe it, I remember thinking, ‘what the f*** have I done?’

It was then that things started to go wrong.

Catch the next thrilling installment in ‘birth story: part two’.